GENERAL INFORMATION FOR THE UNIVERSITY

Eleftherios Venizelos, a key political figure in Greek history, was the first politician to start efforts for the foundation of a university in Thessaloniki. These efforts came at a time when Northern Greece had just been liberated and the strengthening of the New Territories, as the newly liberated areas of Northern Greece were then called, emerged as a national need. Moreover, along with the University of Thessaloniki the plans provided for the establishment of one more university in Smyrna (Izmir). However, the catastrophe in Asia Minor thwarted these plans. Later, in 1924, the then Prime Minister Alexandros Papanastasiou decided to found the university and started the process that bore fruit in the summer of 1925. 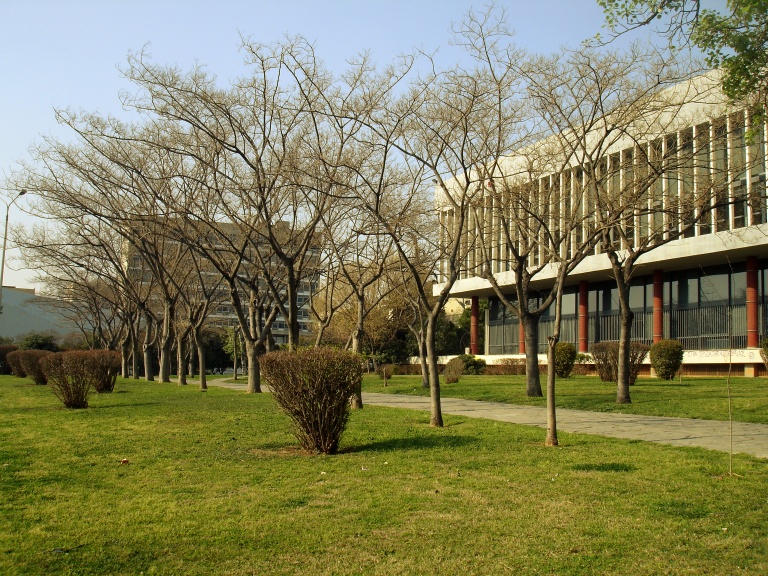 The Foundation Act for the University of  Thessaloniki   (act 33141/14-6-25) was approved on  June 5, 1925, by the fourth Constitutional Assembly after heavy discussion, and it was published in the Official Gazette on June 22, 1925.
From the beginning of its enactment, the Foundation Act went through many adventures and trials that continued during the first years of its implementation, due to the political upheaval at the time. Nevertheless, the university started to operate in 1926, with Georgios Chatzidakis as its first president and Christos Tsountas as its second.

The Foundation Act focused on the development of humanities, as the views of the period demanded. The Faculty of Philosophy first operated in 1926, housed in the Allatini building which presently hosts the services of the Prefecture of Thessaloniki.

However, as the choice was proved to be problematic, in October 1927 the Faculty was transferred to the mansion in Ethnikis Amynis Street, which previously housed the 2nd Military Hospital. The building was repaired and later expanded with the addition of a third floor. Today, it is the historic building of the university and it houses part of the Faculty of Philosophy.

Nowadays the Aristotle University of Thessaloniki is considered to be the biggest university in Greece. It is located in the city centre and it expands over an area of around 430,000 square metres. On the whole it consists of 11 faculties which have a total of 41 departments.

It must be noted that some of the A.U.Th. facilities, including either educational or administrative units, because of the densely-built campus or for functional purposes, are located outside the boundaries of the university campus or even outside the urban complex of Thessaloniki or in other cities.

You can find more at Aristotle's University of Thessaloniki website

Association of Geologists & Mine Engineers of Cyprus